Illumination Entertainment, Universal Pictures and AMC Theatres announced a Thanksgiving weekend event for audiences of all ages: “Sing Saturday,” ‘Sing Saturday’ marks the biggest advance-screening program in the history of Universal Pictures. Sing officially arrives in theaters on December 21, 2016, but you will have the opportunity to see it this weekend! 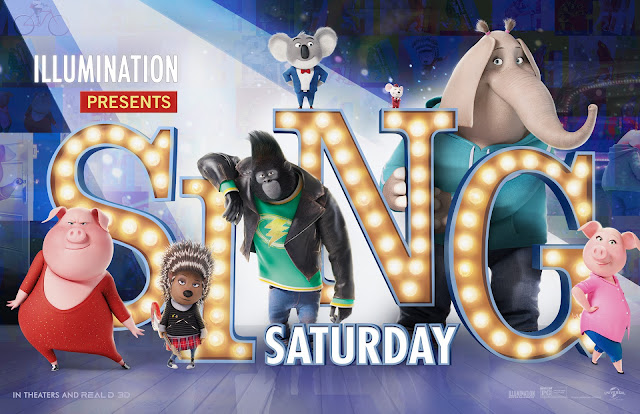 FREE nationwide screenings on Saturday, November 26th at 10am! Click here for a list of participating theaters.


Check out the official trailer!

Who's in? Watch the trailer and comment with one of your favorite songs! There are a lot!
Labels: Entertainment Family